“Afraid of what I might see, I slowly turned and looked up at the hill. In that moment, I struggled to process what I saw, and my heart whirled with fear and wonder. No one ever climbed that hill, but what I saw was unmistakable—there, among the rocks and brambles, was a young woman.” 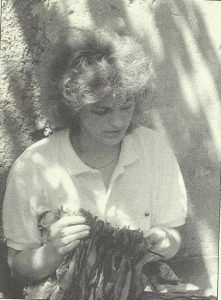 Mirjana is somewhat unique among the six visionaries. Unlike the others—who all lived in and around Medjugorje—she was just a visitor in the village when it all began.

She lived with her parents in the city of Sarajevo, but she went to Medjugorje every summer to help her relatives work in the tobacco fields. After the apparitions started, she wanted to stay in Medjugorje, but the Communists forced her back to Sarajevo where they harassed her relentlessly.

At the present time, Mirjana experiences apparitions on the 2nd of every month at the base of the same hill in Medjugorje where Mary first appeared. Mirjana’s mission, she says, is to pray for unbelievers, or, as the Virgin calls them, “those who have not yet come to know God’s love.”

Mirjana claims that Mary also chose her for a special role: to reveal ten secrets about the world’s future several days before 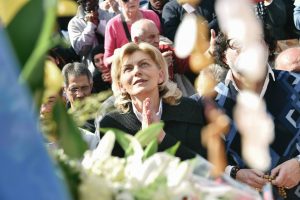 the events happen, in effect proving the authenticity of the apparitions. Her book, MY HEART WILL TRIUMPH, features additional details about this.

Mirjana is a humble woman with a keen sense of humor. Not only will her story resonate with people who know about Medjugorje, but it has the potential to reach countless others—believers and non-believers alike—given the enormity of her claims and the fascinating subject matter.

She felt called to share her story with the world, and her new book MY HEART WILL TRIUMPH reveals many secrets about her life, and about the apparitions, which have never been revealed until now.